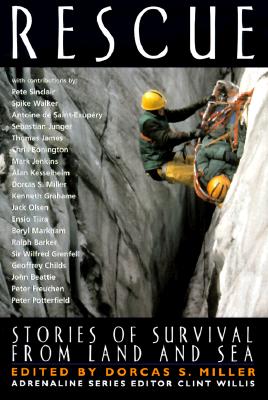 Rescue: Stories of Survival from Land and Sea (Adrenaline) 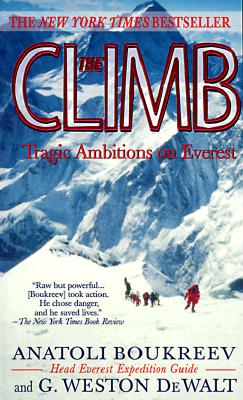 The Climb: Tragic Ambitions on Everest

As the climbers of the 1996 Mt. Everest disaster vanished into thin air, one man had the courage to bring them down alive... On May 10, 1996, two commercial expeditions headed by expert leaders attempted to scale the world's largest peak. But things went terribly wrong. Crowded conditions, bad judgement, and a bitter storm stopped many climbers in their tracks. Others were left for dead, or stranded on the frigid mountain. Anatoli Boukreev, head climbing guide for the Mountain Madness expedition, stepped into the heart of the storm and brought three of his clients down alive. Here is his a... View more info 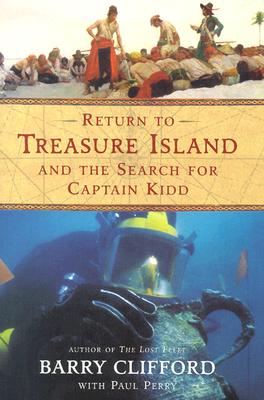 Return to Treasure Island and the Search for Captain Kidd

When history's most famous pirate, Captain Kidd, was hanged in 1701, he left behind a trail of treasure and treachery that stretched halfway around the world. For undersea explorer Barry Clifford, the biggest prize of all would be to find the Adventure Galley, Kidd's legendary pirate ship. In the world of pirate archaeology, it was the Holy Grail.With the help of the Discovery Channel, Clifford fields an expedition that includes some of America's top experts in shipwreck recovery. Their goal is to find, identify, and possibly excavate the remains of history's most famous pirate ship. The... View more info 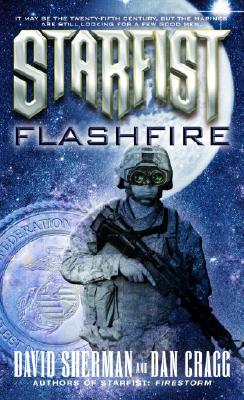 Packed with hard-core action written by battle-savvy combat veterans, the explosive Starfist series has become hugely popular across America. Now the saga of the courageous Marines continues in Flashfire, ""as the 34th Fleet Initial Strike Team (FIST) ventures to the edge of Human Space to fight a number of enemies . . . some on their own side. Tensions erupt between the Confederation and several frontier worlds when civilians are shot dead at an army base on the planet Ravenette. Enraged, the Ravenette government and nine neighboring planets form a coalition, and their first act of secess... View more info 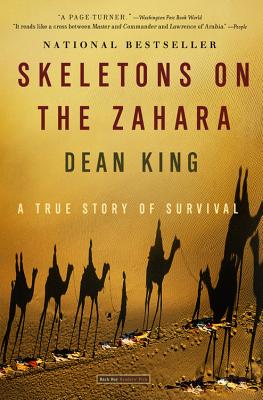 Skeletons on the Zahara: A True Story of Survival

Everywhere hailed as a masterpiece of historical adventure, this enthralling narrative recounts the experiences of twelve American sailors who were shipwrecked off the coast of Africa in 1815, captured by desert nomads, sold into slavery, and subjected to a hellish two-month journey through the bone-dry heart of the Sahara. The ordeal of these men - who found themselves tested by barbarism, murder, starvation, death, dehydration, and hostile tribes that roamed the desert on camelback - is made indelibly vivid in this gripping account of courage, brotherhood, and survival. View more info 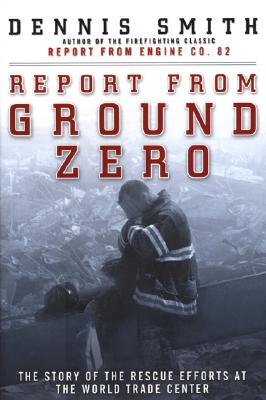 Report from Ground Zero: The Story of the Rescue Efforts at the World Trade Center

The tragic events of September 11, 2001 forever altered the American landscape, both figuratively and literally. Immediately after the jets struck the Twin Towers of the World Trade Center, Dennis Smith, a former firefighter, reported to Manhattan's Ladder Co. 16 to volunteer in the rescue efforts. In the weeks that followed, Smith was present on the front lines, attending the wounded, sifting through the wreckage, and mourning with New York's devastated fire and police departments.This is Smith's vivid account of the rescue efforts by the fire and police departments and emergency medical t... View more info 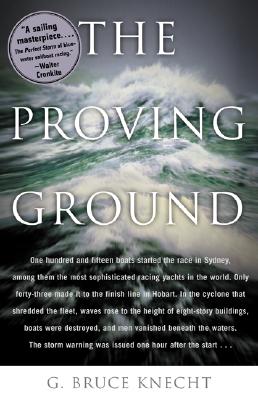 The Proving Ground : The Inside Story of the 1998 Sydney to Hobart Race

On December 26, 1998, 115 sailboats set out on the annual race from Sydney to Hobart; only 43 would make it to the Tasmanian city, the race having turned into the worst modern sailing disaster since the 1979 Fastnet Race. Combining the best elements of The Perfect Storm (W.W. Norton, 1997) and Barbarians at the Gate (HarperCollins, 1990), "The Proving Ground" is a gripping narrative that follows the fates of three yachts, including Sayonara, owned by Larry Ellison, the founder of Oracle. From the chilling explanation of how an Olympic sailor came to be catapulted from a yacht and why its crew ... View more info 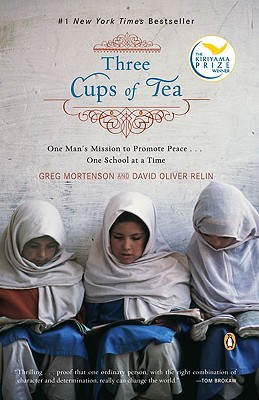 Three Cups of Tea: One Man's Mission to Promote Peace One School at a Time

The astonishing, uplifting story of a real-life Indiana Jones and his humanitarian campaign to use education to combat terrorism in the Taliban's backyardAnyone who despairs of the individual's power to change lives has to read the story of Greg Mortenson, a homeless mountaineer who, following a 1993 climb of Pakistan's treacherous K2, was inspired by a chance encounter with impoverished mountain villagers and promised to build them a school. Over the next decade he built fifty-five schools--especially for girls--that offer a balanced education in one of the most isolated and dangerous ... View more info 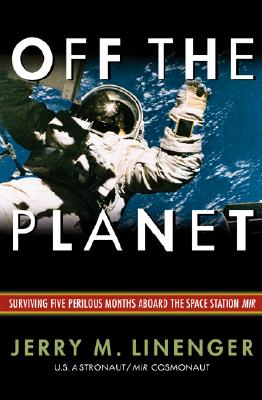 Off the Planet: Surviving Five Perilous Months Aboard the Space Station Mir

"An engrossing report."--Booklist "Vividly captures the challenges and privations Dr. Linenger] endured both before and during his flight."--Library Journal Nothing on earth compares to Off the Planet--Dr. Jerry Linenger's dramatic account of space exploration turned survival mission during his 132 days aboard the decaying and unstable Russian space station Mir. Not since Apollo 13 has an American astronaut faced so many catastrophic malfunctions and life-threatening emergencies in one mission. In his remarkable narrative, Linenger chronicles power outages that left the crew in complete darkn... View more info

Kayaks Down the Nile 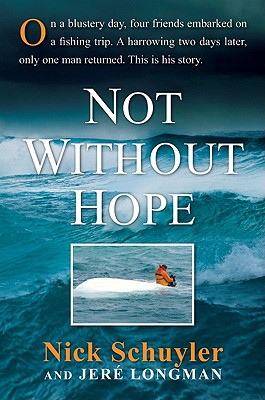 On February 28, 2009, Nick Schuyler, a twenty-four-year-old personal trainer, left for a deep-sea fishing trip with three friends: NFL players Marquis Cooper and Corey Smith, and Will Bleakley, his best friend, who once played football for the University of South Florida.It was supposed to be a day of fun and relaxation aboard Cooper's twenty-one-foot boat, which anchored seventy miles west of Tampa, Florida, in the Gulf of Mexico. The friends were out to catch some amberjack and grouper and maybe a few sharks. They planned to drink a few beers, have some laughs, and get home before an a... View more info 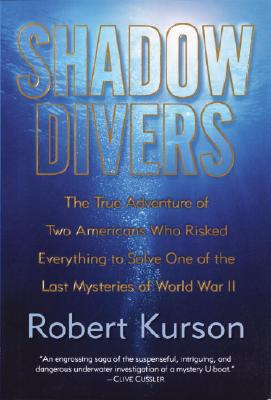 Shadow Divers: The True Adventure of Two Americans Who Risked Everything to Solve One of the Last Mysteries of World War II

In the tradition of Jon Krakauer's Into Thin Air and Sebastian Junger's The Perfect Storm comes a true tale of riveting adventure in which two weekend scuba divers risk everything to solve a great historical mystery-and make history themselves. For John Chatterton and Richie Kohler, deep wreck diving was more than a sport. Testing themselves against treacherous currents, braving depths that induced hallucinatory effects, navigating through wreckage as perilous as a minefield, they pushed themselves to their limits and beyond, brushing against death more than once in the rusting hulks of su... View more info 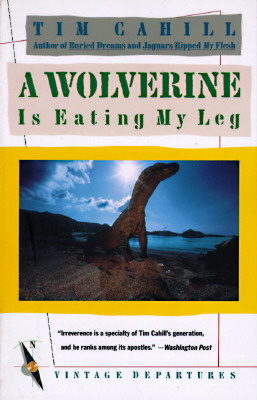 A Wolverine Is Eating My Leg 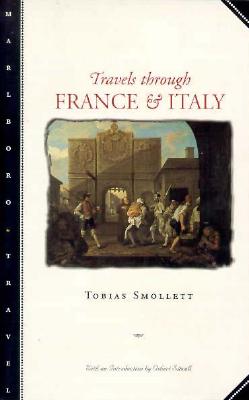 "Traduced by malice, persecuted by fiction, abandoned by false patrons, and overwhelmed by the sense of a domestic calamity," Tobias Smollett set off on a journey through France and Italy to relieve his despair. While there, he wrote regularly to his friends, and the result is this fascinating, wholeheartedly personal account of places and he encountered. "Travels through France and Italy" is a landmark work in travel literature. Full of prejudice, grousing, sharp observation, and caustic satire, it is the first travel book in modern literature to go beyond the simple conveyance of informa... View more info 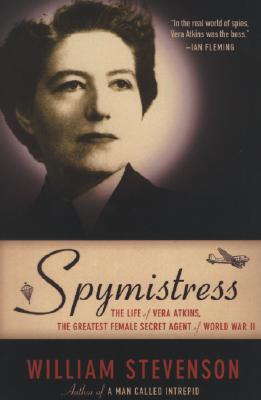 From the bestselling author of A Man Called Intrepid comes the first and only biography of Vera Atkins, of whom James Bond creator Ian Fleming said, 'In the real world of spies, Vera Atkins was the boss.' Vera Atkins was an attractive young woman with smoky eyes and lustrous black hair. She belonged to a wealthy family and dined with ambassadors and kings. She could have been a socialite, but in the cataclysmic days of World War II, Vera Atkins became Great Britain's spymistress. View more info